Never Have I Ever…

Another successful year at Phoenix Comicon with something like 77,000+ attendees. It’s turning more and more into the spectacle that is Dragon Con and San Diego Con. I bought a few comics and artwork, met some creators, saw a celebrity, and witnessed anime girls auction themselves off to the highest bidding nerd. You know, the yoozh.

First day, I had the pleasure of meeting the creator of The Crow, the cult classic that was one of the most inspiring and influential works of fiction in my youth. I got my graphic novel signed and purchased one of his prints. His panel was great, hearing him talk about his creative process and his work. Best of all, he will have much more creative license over the upcoming Crow film, which means it will be far more promising than every other film since the first one. Speaking of the film, we caught a screening of The Crow on Sunday at the Film Bar, which is a pretty cool place if you haven’t been there. 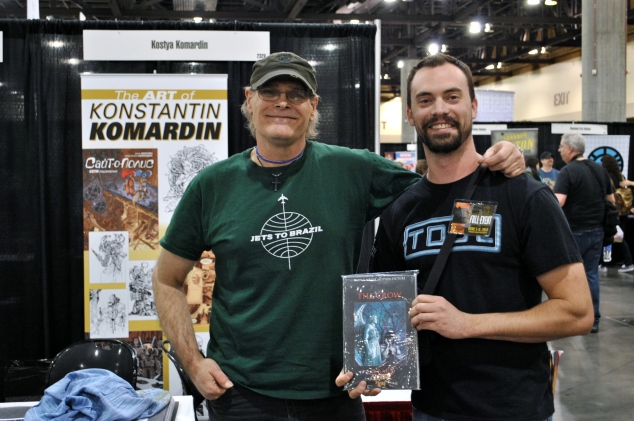 Some big names, like John Barrowman and John Rhys-Davies attended this year, but I really only wanted to see one: Bruce Campbell. Who’s not really a big-name actor, but he is definitely the most popular big-name B actor. Even though I had met him twice before and have both of his books signed, he’s so cool to his fans I had to see him again and got my DVD set of Brisco County Jr. signed.

I had a great conversation with writer Michael A. Stackpole about various subjects. I had seen him talk at a skeptics panel at Dragon Con back in ’09. We talked about writing science-fiction while being a skeptic of phenomenal concepts, and also his views on self-publishing with new mediums like Amazon and Kickstarter. He’s very much in favor of them, but his advice is to get it professionally edited before putting it out there. I bought a hardcover copy of I, Jedi and he autographed it. Tip of advice: when paying him, don’t make it rain. He doesn’t like that.

One of the con events that caught our eyes was something called “Bunny Cafe.” It was one of those after hour events held in a participating hotel. The Con programming guide described it as one of those comfort cafes they have in Japan I’ve heard about, where women serve you food and beverage and dote upon you. So, of course, we had to check it out.

After arriving, and then waiting in line for a very long time while a pubescent, voice-cracking teenager counted everyone in line four times before letting us in, we sat at a large banquet table with six other strangers and sat quietly wondering what was supposed to happen. Eventually, cute cosplay girls in Playboy Bunny outfits came to our table and served us coffee and cake and sat with us at the table and attempted conversation.

I say attempted because these girls had a median age of 20 and didn’t really know how to talk to people, or they were completely uncomfortable. Which, I can’t really blame them, because that’s a lot of pressure to be sociable to strangers while half naked. But we paid for that shit. At least a coffee refill would have been nice. Three different girls completely ignored my friend when he asked them for a refill, and then was chastised for getting it himself. At one point, two of the people at our table walked out.

It wasn’t all bad. They rotated pairs of the girls to each table every of 10 minutes, and some of the girls were bubbly and fun. We played a game of never have I ever, which never had I ever played before that, and our table seemed to loosen up a bit because we were learning about each other, and we stopped giving a shit. Then it got really weird. After the girls were done rotating to each table, they had an auction where the highest bidder could spend the remaining time with the pair of girls they liked the most.

I can’t really say this was a patriarchal fauxpas, because the girls put this together themselves, but it was morally ambiguous. Of course we didn’t bid any money on them, because that’s weird, and we eventually left. It was probably one of the most awkward things I’ve participated in, but it’s a fun story to tell.

Crossed bunny at the Bunny Cafe.

Overall, it was a great time. It’s always fun to meet the talent and, of course, people watch. Enjoy the pics and check out these links:

Drawn To Comics – This was their first year at Comicon!

Edge of December – can’t remember this guy’s name :/ but I bought a piece from their booth.

Gerimi Burleigh – This guy was cool. Gave us a free poster for buying a couple of his prints.

Katie Cook – For $10 she painted you a small water-color of whatever you wanted. Not bad.

Sarah Wilkinson – Her art reminded me of Tool. She was also cool enough to knock $10 off a print I bought. You should check her out. 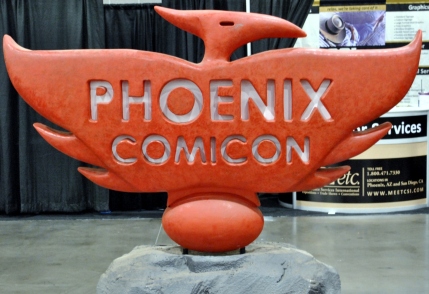 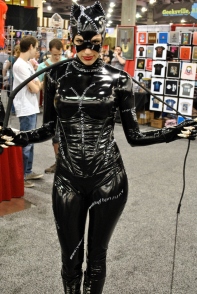 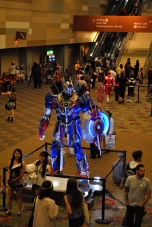 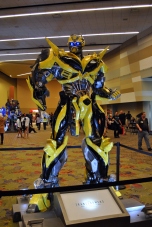 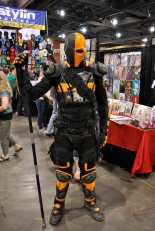 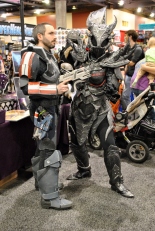 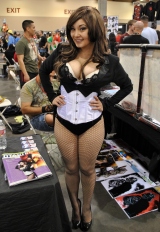 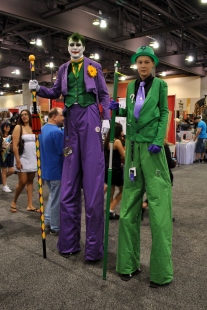 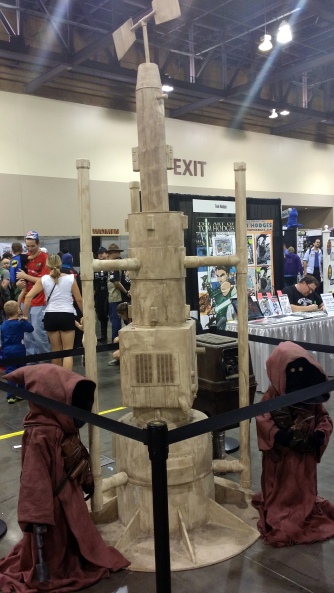 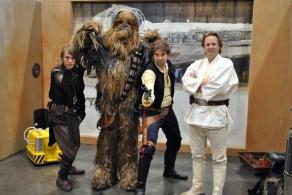 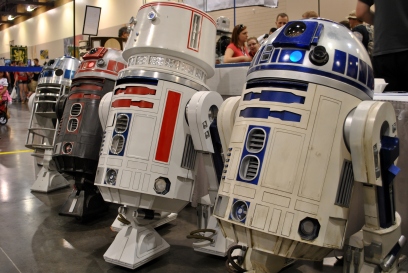 Down town Phoenix. In LEGOS! 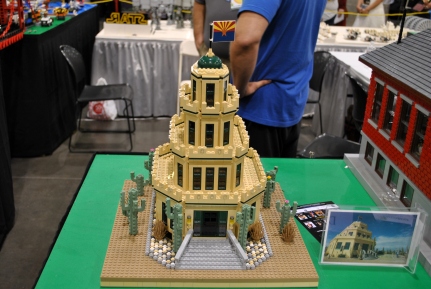 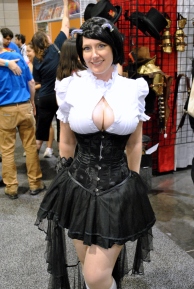 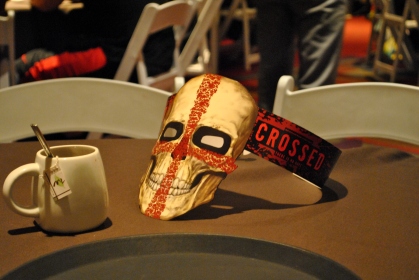 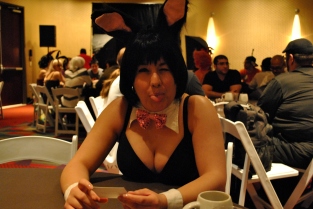 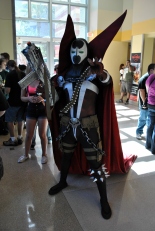 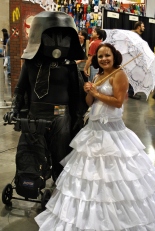 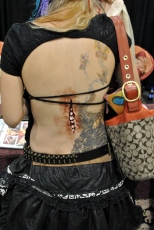 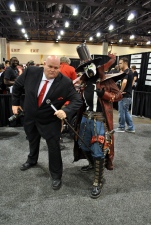 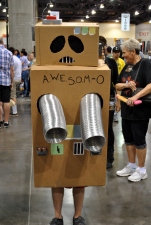 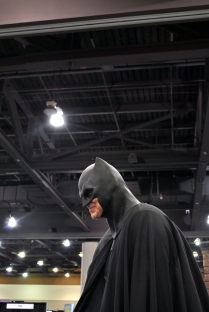 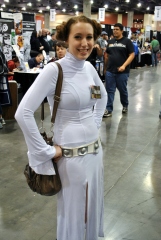 A monster! And Balrog is back there, too. (Photo by Chris Conner)

comics, nonfiction, everything in between

Exploring wilderness on long distance hiking trails and routes. Sharing my passion and deep reverence for life on the trail.

The greatest WordPress.com site in all the land!

Bringing the outdoors into my life

Just some joyful jawing about backpacking, hiking and snowshoeing

Summer on the ARIZONA TRAIL

Exploring the beauty of Arizona and beyond